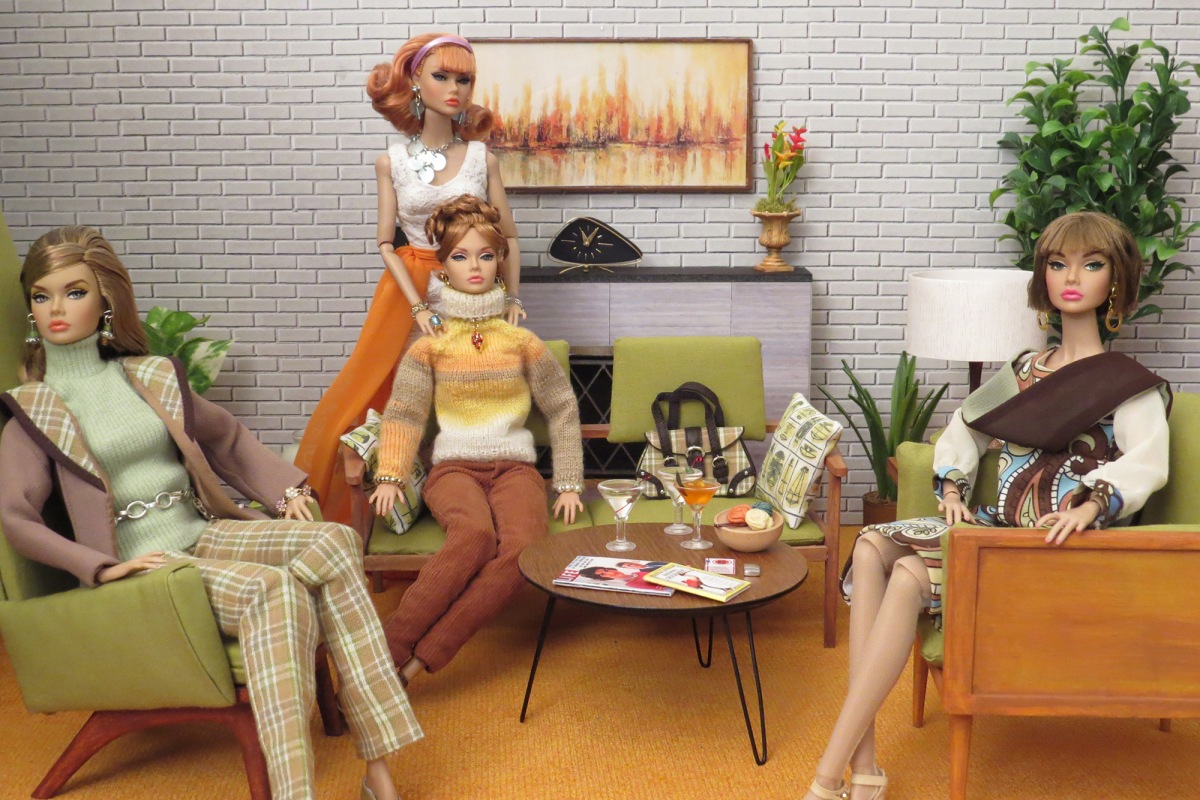 In addition, a new Poppy enters the scene: Poppy Parker IT Airways.

Instead of her groovy stewardess outfit, IT Poppy sports a groovy 2008 La Boutique paisley outfit. 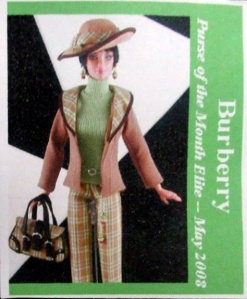 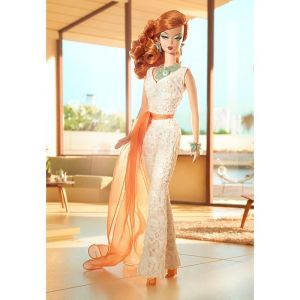 Barefoot in the Park Poppy wears a beautiful OOAK hand knit sweater made by the Polish doll seamstress Milenakarolina, whose work can be gotten at her Ebay shop. 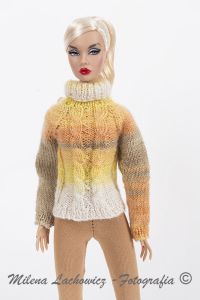 For the Settee with the floating cushions, I was inspired by the following miniature from Multiforminiatures, who sells on Etsy. 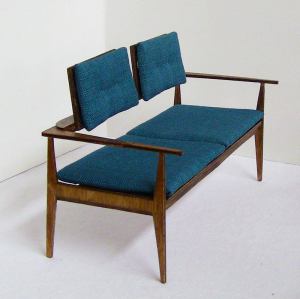 I previously discussed the other two furniture pieces, the Mel Smilow lounge chair and the Pearsall Slim Jim Chair.  All three furniture pieces used the olive Kona Cotton Fabric from Robert Kaufman (all the Kona colors can be found here and here).

The TV in this diorama is a 1950s Westinghouse promotional pencil holder that advertised their, at the time, new Capri TV. 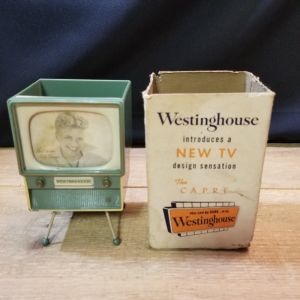 Unbelievably, I found a YouTube video showing exactly this TV to use as my color reference. 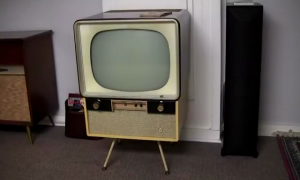 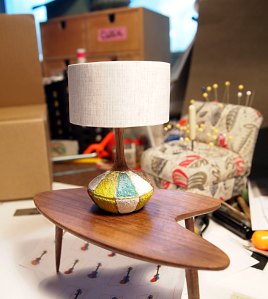 With all that said, we can get to our story thus far…

“Poppy now knew she was being spied on. When she called a meeting of her fellow Poppys, they considered going out to paint the town red in an attempt to flush out the spy.  Instead they decided to meet at Poppy’s house and stay in for an intimate evening of martinis, cocktails, high fashion, and gossip.”